Putting the ‘dark’ back in the Dark Ages.Nov. 24, 1967Czechoslovakia166 Min.Not Rated
Your rating: 0
7 1 vote
DrameIstorijskiRomanticni

Mikolás and his brother Adam end up with a young German hostage of noble blood during a robbery. While their clan prepares for the wrath of the German king, Mikolás is sent to pressure his neighbor Lazar into a defense pact. Persuasion fails and he abducts Lazar’s daughter Marketa on the eve of her initiation as a nun in an act of vengeance. 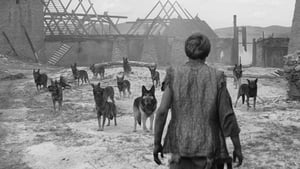