Afghanistan. 1986. From the border towards Kabul on a mountain road moving column of Soviet military armored vehicles. From the air it is covered by combat helicopters. The way of the column lies through the only bridge in these parts. This is well aware of the Afghan Mujahideen and under the leadership of American instructors are preparing an operation to capture the bridge and destroy the Soviet equipment blocked in this case. At this time, located in the mountains of the Soviet geological expedition undergoes a night attack spooks. The Afghan guards scatter and the geologists decide to go to Kabul. On the way, they are informed about the approaching military column, from which they will be much safer to get to Kabul. They do not know only one that has long enabled the Mujahideen in the operation to capture the bridge. 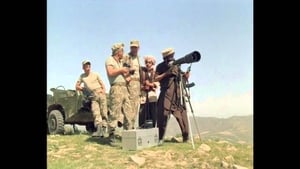